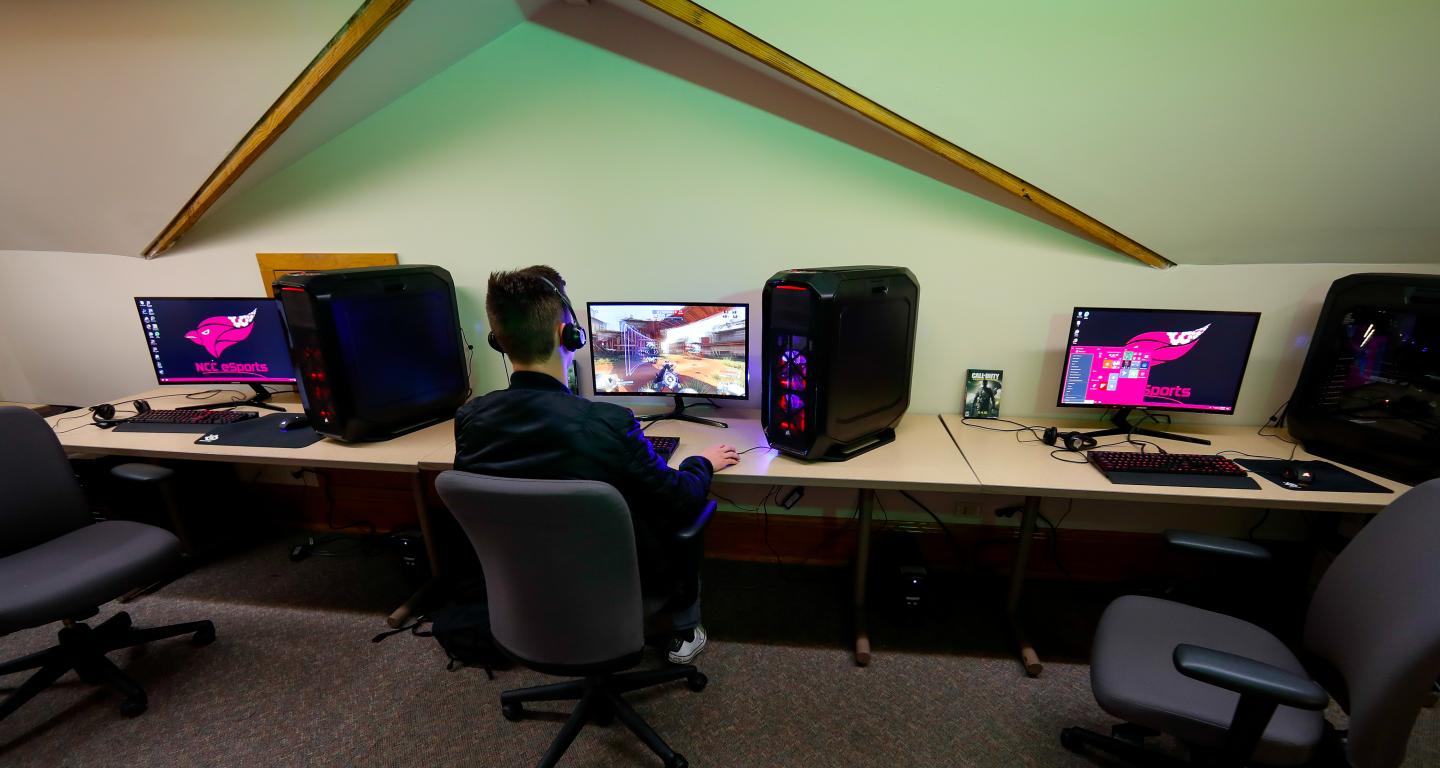 eSports takes gaming to the next level

You may not think of video gaming as a social activity; you might think it involves spending hours of time alone, ignoring the rest of the world. But that's not the case for North Central students. Here at the College, video game enthusiasts come together in an organization called NCC eSports, started by McLean Holmes ’18. The group started small, but just like your typical video game hero NCC eSports “leveled up” to more than 100 members in just over a year!

Since he wasn’t allowed to own a game console at home, Holmes wouldn’t call it an obvious choice to start a gaming club. But once the club got their gaming rigs and more teams started forming, he really started to get into it. “It’s definitely a different environment and thinking process compared to what I’m used to,” said Holmes. 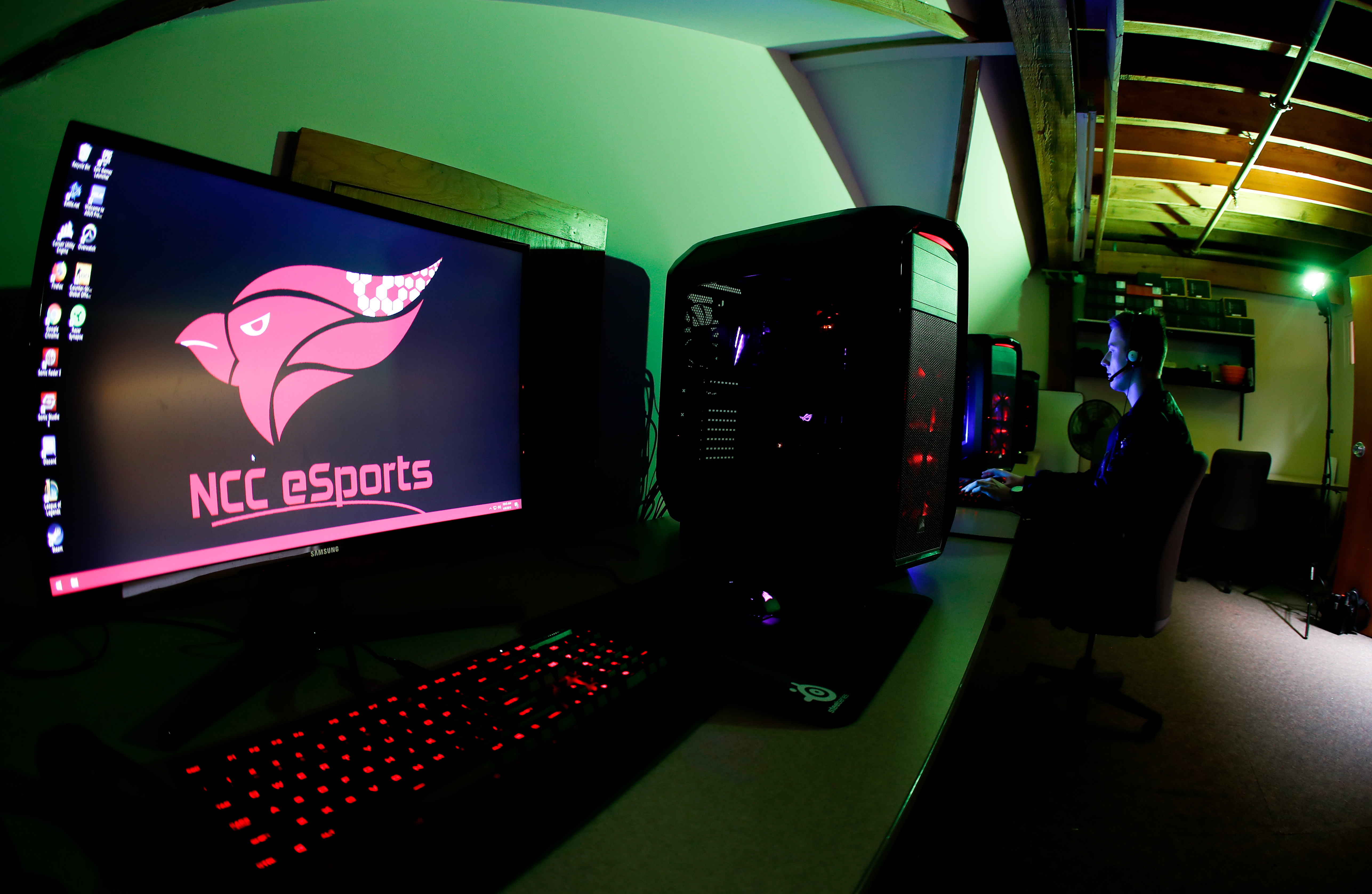 Once relying on an email list of a few interested gamers, the organization now keeps growing by word of mouth. “At the fall student organization day, we got a gaming rig out and it attracted a lot of people,” Holmes said. Now, the club merely sends out emails and social media posts to keep members updated and bring more gamers in.

NCC eSports’ home base is a gaming lab in Carnegie Hall filled with new equipment and fast Wi-Fi which can compete with any other eSports team in the country. The team is gearing up to test their skills and hopes to host tournaments at North Central soon. 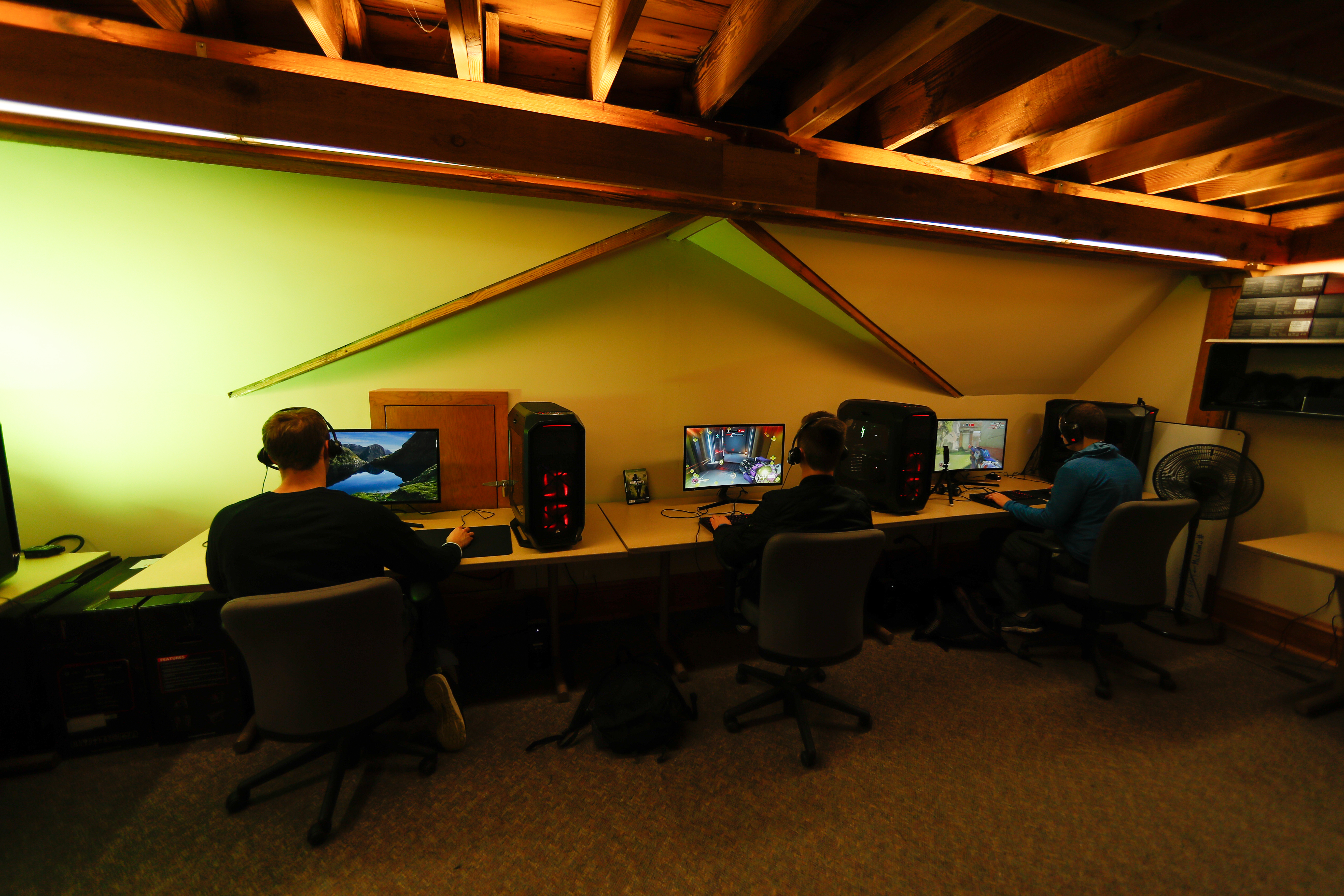 What was once a pipe dream among friends has become a well-funded club with its own space on campus converted just for them. “I wanted to give people a chance to play in their free time, learn to communicate with each other and let it grow on its own,” Holmes said. “But now I can step in and say, ‘All right. You guys have played, we know what’s going on and we’ve got our room now. Let’s actually do something with it’.”