Jazz drummer Jack Mouse began playing at the early age of four, and by his late teens was already performing with such musical greats as Tex Beneke, Buddy Morrow, "Peanuts" Hucko, Ralph Flanagan and Red Norvo.  Upon graduating from college, he spent three years as featured soloist with the "Falconaires," the official jazz ensemble of the U.S. Air Force Academy.

"A sure-handed, high energy drummer who dazzles with brushes.  A splendid album, well-written and quarterbacked by Mouse...Thumb up!" (All About Jazz)

Jack's 2015 release Snakeheads & Ladybugs is a CD of freely improvised duets with multi-instrumentalist Scott Robinson.  It was released on the Tall Grass Records label established by Jack and his wife, jazz vocalist Janice Borla.  His 2016 release Three Story Sandbox (Tall Grass Records), a recording of free improvisations with Robinson and Borla, was selected as a February, 2016 "Editor's Pick" by DownBeat Magazine.

In 2016 Jack and Janice launched the non-profit organization Flashpoint Creative Arts, whose mission is to promote greater understanding and participation in the art of improvisation worldwide.

A longstanding member of the Janice Borla Group, Jack can be heard on Whatever We Imagine (P-Vine, Japan), Lunar Octave (DMP), Agents of Change and From Every Angle(Blujazz), named one of  DownBeat 's "Best CDs of 2007," and Promises to Burn (Tall Grass), among DownBeat 's "Best CDs of 2014."  Also a member of the Dan Haerle Trio, he is heard on Truth of the Matter (Seagull), Standard Procedure (Blujazz), one of DownBeat's "Best CDs of 2005," and Aspiration (Seagull).  Jack's multi-faceted career has been the subject of recent interviews in Modern Drummer and Jazz Improv magazines.  He has authored articles for Percussive Notes and the IAJE-Illinois Newsletter.  In 2005 he was a featured artist during the first online Virtual Percussion Festival presented at the University of Manitoba by the ALIVE Project (Accessible Live Internet Video Education).

In 2012 Jack was the recipient of an Aquarian Award of Achievement, presented by Aquarian Drum Heads in acknowledgement of his contributions as a performer and jazz educator.  In 2014 he was inducted into the Emporia High School Hall of Fame.

Currently Coordinator of Jazz Studies at North Central College, Jack has also served on the faculties of the American Conservatory of Music, Benedictine University, Saskatchewan School of the Arts, Clark Terry Great Plains Jazz Camp, National Stage Band Camps, Jamey Aebersold Combo-Improvisation Camps, Birch Creek Music Performance Center, International Peace Gardens, and the Melville Jazz Retreat.  As a member of the Bunky Green Quartet, he was among the first musicians to introduce jazz education to the Montreux Jazz Festival.  He has been a faculty artist member of the Janice Borla Vocal Jazz Camp since its founding in 1989.

Jack has presented clinics and workshops at jazz festivals, music conventions, colleges and high schools throughout the world, and presents clinics online through the ALIVE Project.  He is a staff artist/clinician for Yamaha Drums, Sabian Cymbals, Aquarian Drum Heads and Vic Firth Drum Sticks. 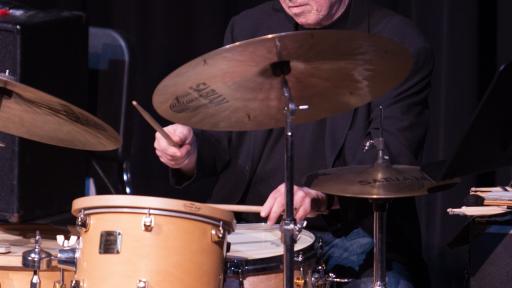