North Central students get a head start on college transition

Transitioning to college can be a daunting task, but North Central College offers students the opportunity to get a head start. Along with a five-day Welcome Week at the start of the year, new students can take part in programs like Cardinal Camps and the Premier Scholars Program.

Premier Scholars is an immersive program where students move in to residence halls two weeks before classes start. They take part in various activities that give them tools they need to excel at North Central as students, leaders and friends.

The program is open to students of color, first-generation students and other underrepresented groups on campus and is led by Director of Multicultural Affairs Dorothy Pleas.

“The goal of Premier is to introduce these students to key campus areas and to equip them with the tools to become leaders on campus,” said Pleas.

Premier’s programming is designed around this goal. Workshops explore campus resources, such as Career Development and the Dyson Wellness Center, while others focus on personal practices like financial responsibility.

“One of the most valuable things I’ve gotten from Premier has been learning about people and places on campus. Now I know what office is in what building,” said Drew Jensen ’21.

Michelle Ortiz ’21 agrees: “The workshops were really helpful since we were actually able to spend time learning about campus resources and meet people like the nurses and campus safety officers. They feel more approachable after getting to know them.”

In addition, students had networking opportunities through dinners with staff at Naperville Bank & Trust, with staff in the dean of students office and with College President Troy Hammond.

“Premier has changed a lot since it began around 1994,” said Pleas. “It was originally four weeks long in July. But we found that making the program just two weeks and lining it up with the start of school was more attractive to students who might have summer jobs or want to move in to their residence halls early.”

Premier students also took classes and were assigned homework to help them get used to the workload and expectations of college classes. “Moving in early with Premier and going to classes helped me set up a schedule, which I plan on keeping for the rest of the school year,” said Anthony Hernandez ’21.

Like college, Premier isn’t all about work. Social outings helped students create connections and make friends. “We had activities like bowling, going to the arcade, and spending time in downtown Naperville and at Centennial Beach,” said Ortiz. “It helped me meet people and get used to the schedule of working first and playing second.”

An important aspect of Premier is group work. Each group was assigned a Premier team leader, who acts as a mentor for students. “Our leaders have five to six mentees each and are chosen because of their ability to be role models who can encourage students to get involved,” said Pleas.

Second-time leader Kyle Lo Vecchio ’19 said, “My previous mentor was really influential for me as a Premier team leader. He told us all to enjoy college, do what we love and that’s why I’m here now. Premier is my family.”

More than anything else, Premier helps students feel at home at North Central College.

“Many minority students might feel they don’t belong, but Premier gives us a chance to meet students in the same situation as ours and make real connections with people,” said Hernandez.

At the conclusion of the two-week program, students gave presentations highlighting opportunities North Central provides for their respective majors or interests. Topics included how to get funding for independent research with a Richter Grant, how to pursue a minor in the unique Leadership, Ethics and Values (LEV) program or study abroad.

“Thanks to Premier, I learned about opportunities like the LEV program, which I’ve added as a minor,” said team leader Mynk Richardson-Clerk ’20. “I try to teach my mentees to not be afraid to try new things and get involved.”

Samantha Bennett, assistant director of multicultural affairs, gave the final charge to the students: “Not everybody has the opportunity to become a Premier Scholar. We need you to share this experience in your classes and careers. You are the example. We believe in you.” 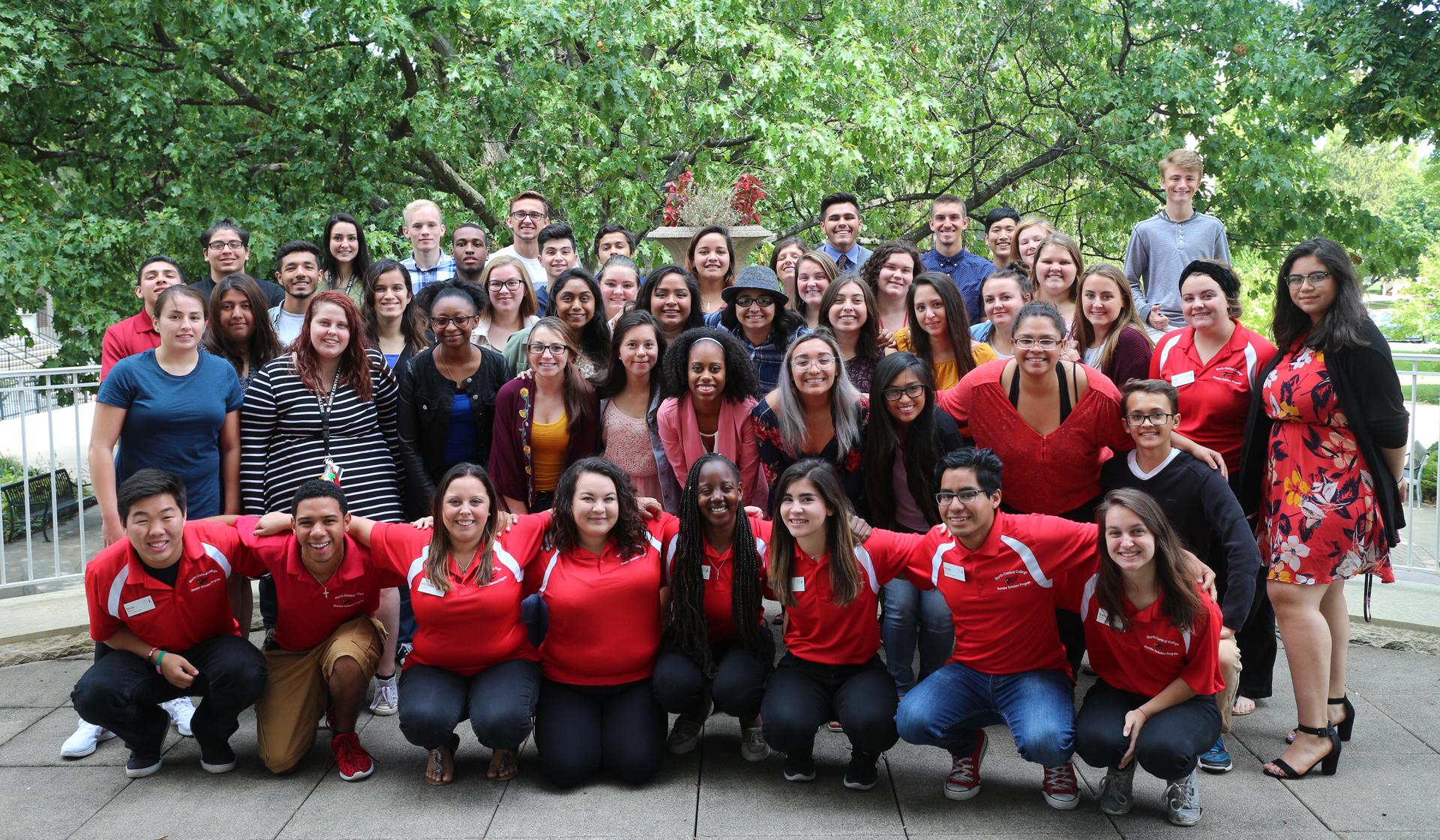