A year in the spotlight: North Central faculty and staff take to the airwaves to share their expertise

While no one can deny 2020 has been a memorable year for many reasons, North Central College experts have gone above and beyond to make this a landmark year by sharing their knowledge and expertise with the masses as never before.

The College kicked off the year highlighting North Central’s recent football national championship, and the team was welcomed home by every media outlet in the Chicago area. The media momentum continued in the early months as Election season got underway. From primaries to vice presidential picks to debates and Election Night-turned-Week, the College’s political science faculty were there at every turn to break down the details and cut through the noise of what voters needed to know amid such a contentious fight for the White House.

While all of those politically charged media opportunities were taking place, North Central experts served the public, helping them better understand the COVID-19 pandemic that took the world by storm.

Throughout 2020, the College’s experts were in such high demand from multiple media outlets that at times, they became weekly regulars. Here are some of their media highlights from a year we won’t soon forget:

Dr. Carly Drake talked about the evolution of advertising amid the #MeToo era in the New York Times

Early in 2020, a KFC advertisement in Australia that infuriated women’s groups showed the power of the #MeToo movement, even as it called back to many sexist ads of the past. Fifteen years ago, the ad might have been seen as just another crass marketing pitch, but when the commercial appeared in Australia, the backlash on social media denouncing it as sexist was so vociferous, it prompted KFC to apologize.

The quick retreat underscored how the boundaries of what’s considered acceptable are changing quickly in the #MeToo era. Advertisers who for decades relied on the objectification of women to sell products are becoming increasingly wary of taking that approach, aware that many consumers will no longer tolerate abject sexism.

Dr. Carly Drake, assistant professor of marketing, shared her views on this topic with the New York Times, citing little progress has been made in advertising tactics.

Ads like the Fuddruckers ad from the early 1980s that was filled with double entendres are emblematic of a recent, Reagan Era-like “revival of conservatism on the social, political and economic levels,” said Drake.

Click here to read the full article in the New York Times.

Dr. Esen Andic-Mortan offered tips on how to improve productivity while working from home in the Naperville Sun

When the COVID-19 pandemic hit, a new normal became the reality for many. In a time when the new normal means you hop onto a computer for a day’s work in sweatpants, many thought they had struck gold. However, it takes determination and grit to adapt in a less structured and casual approach while working from home.

Dr. Esen Andic-Mortan, assistant professor of management, spoke to the Naperville Sun and offered seven best practice tips for people who are working from home as companies try to quell the spread of the coronavirus in offices.

“With 24-hour access to a computer, it’s easy to get caught up in working day and night,” said Andic-Mortan. “If it’s business as usual, try to stick with that. Try to take care of the body, soul and mind.”

Click here to read the full article in the Naperville Sun.

As the year progressed and the pandemic continued to rage on, there were many conversations of the ripple effects the virus might have on all of us. As a result of these conversations, North Central College decided to host a free summer webinar series centered on the COVID-19 pandemic and the many ripple effects it has in our lives and throughout our communities, as well as within a broader cultural and historical context.

Faculty from 13 academic programs offered a total of 18 informative sessions in their areas of expertise, many of which included live Q&A sessions. The free webinars were open to the public and explored this important moment in world history.

Dr. Stephen Maynard Caliendo, dean of the College of Arts and Sciences, discussed how important this initiative and how it was no surprise it became a summer-hit among media outlets.

“North Central College faculty have such a vast range of expertise, and the COVID-19 pandemic lends itself to examination from multiple perspectives,” said Caliendo. “What has emerged throughout this project is a rich, multi-disciplinary exploration of this important moment in world history. North Central students will be excited to see some of their favorite professors doing what they do best, and the community at large will benefit from the information and invitation for discussion. This series captures the essence of the North Central experience by combining real-world events with deeper academic exploration.”

Click here to read and watch the various media placements secured on this series. 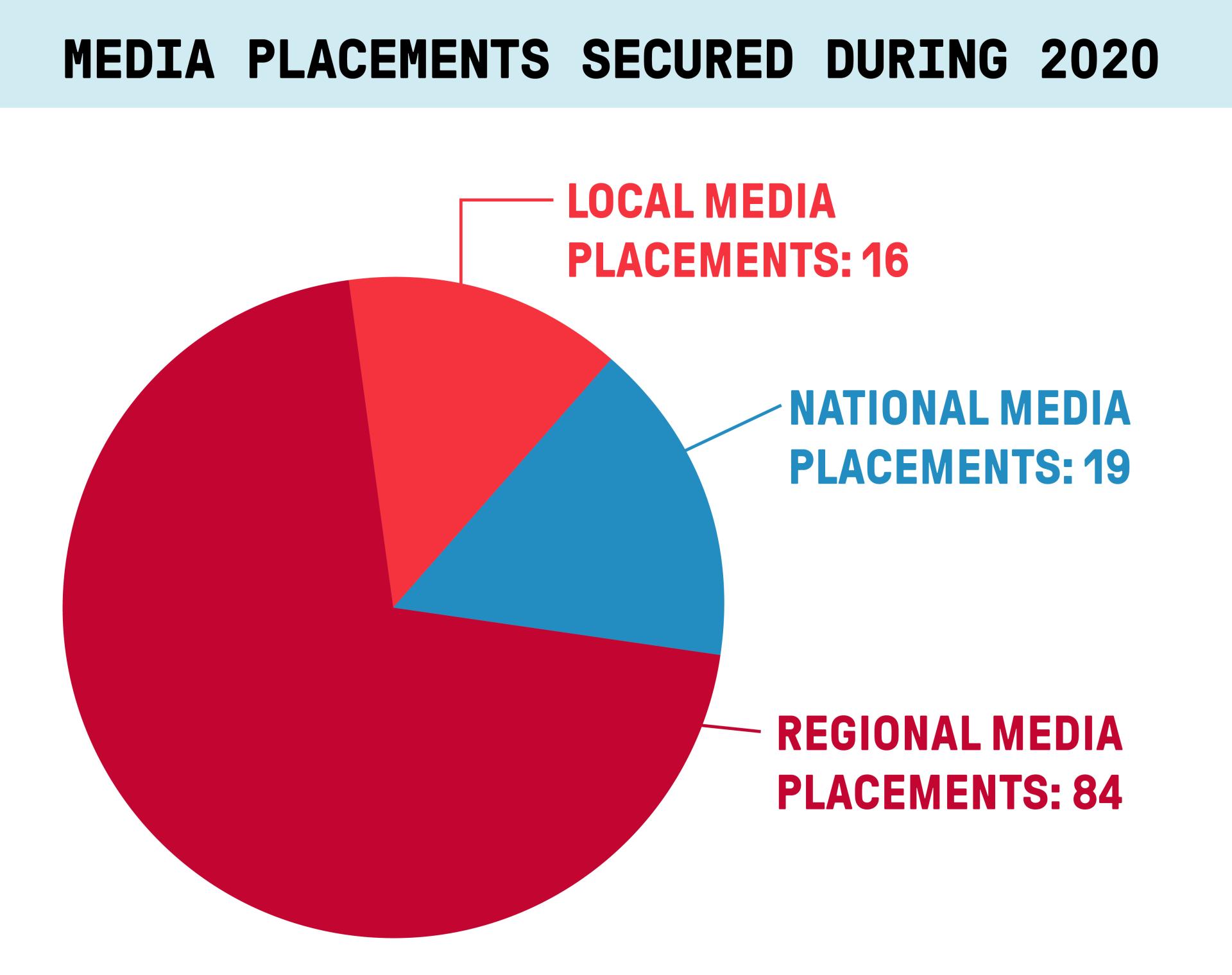 Following the summer months, the political energy of the year picked up speed ahead of the November General Election. In August, a new historical event took place when former Vice President Joe Biden chose Senator Kamala Harris of California to join him on the Democratic ticket, fulfilling his pledge to select a female running mate, making Harris the first Black woman ever to appear on a major party ticket. Biden’s selection of Harris lends racial diversity, gender equality and generational breadth to his campaign. It also represented a strategic decision by the 77-year-old former vice president to keep his ticket firmly within the more moderate wing of the Democratic Party.

“It became apparent that this was a moment in time for Joe Biden and for the Democratic Party to say it’s time for this Party and this ticket represents the people that it actually represents.”

Click here to watch the full interview on either WGN News or ABC 7 Chicago.

Dr. Stephen Maynard Caliendo shared an update on the status of the Election 2020 on FOX 32 Chicago

While the buildup surrounding Election Night left many waiting on the edge of their seats, political science experts had inkling the fight for the White House wouldn’t be an easy success for either candidate. A few days following Election Night, a few states had still yet to be decided in the race for the White House. As the wait continued, Americans questioned who would be the first candidate to reach that electoral 270 for the election win. Dr. Caliendo weighed in on FOX 32 Chicago as to whether or not the wait for results was surprising and how long voters can expect to wait.

“We want to count all the votes and find out,” said Caliendo. “A number of states are not quite there yet. It has been a close race and we want to see how it plays out. At some point there will have to be some discussion in the inner circle for the president about when he is willing to concede but that should not be until enough votes are counted, and many media organizations are convinced the states are ready to be called.”

Once the dust had settled and the Electoral College confirmed Joe Biden’s win in the 2020 General Election, Americans turned their focus to reflection and the positives that came out of this year-to-remember. For some, that reflection focused on goals and personal assessments, for other it was acknowledging that amid all the craziness, some of the best assets to life are individuals who make lasting impacts on our daily lives.

Julie Carballo, director of first-generation initiatives, penned an op-ed in University Business, discussing this form of reflection. The column, published Monday, December 14, focused on how institutions can adopt an asset-based viewpoint toward first-gen students and change the culture on campus.

For many years, the conversation surrounding first-generation students has been about the challenges and struggles they face. Even as colleges and universities are becoming more thoughtful about how to connect with and support first-generation students, the mindset too often is deficit-based, focusing on what they may lack rather than their strengths.

While it is true that first-generation students oftentimes do need some additional or different support than their peers whose parents have college degrees, first-generation students are an asset to any campus community. By the time they make it to a college classroom, they have already proven they can overcome obstacles and blaze their own trail. They are the type of students we all want to recruit to our institutions and to help prepare as the leaders of tomorrow.

Since we launched our initial first-generation program in 2008, North Central College has understood this about first-generation students. About 40% of our students are first-generation (higher than the national average) and we’ve used this asset-based viewpoint to change the culture of our campus.

Click here to read the full op-ed on University Business.