Tim Coffman is one of the most active trombonists and instructors in the Chicago area.  A graduate of the prestigious Jazz Studies program at Indiana University, he worked closely with David Baker and Keith Brown.  He was awarded the Performer's Certificate after his senior recital.

He performed with the Chicago Symphony playing lead trombone in the Duke Ellington "Nutcracker."  He also performed on the recording of "Porgy and Bess," featuring Clark Terry and the Chicago Jazz Orchestra.  In 2009, Coffman performed with the WDR Big Band in Cologne, Germany for two weeks, with special guest Arturo Sanduval.  He was a regular member of the Rob Parton Big Band and the Chicago Jazz Ensemble formerly led by Jon Faddis and Dana Hall.  He is now a member of the New Standard Jazz Orchestra.  He debut recording Crossroads is available on the Blujazz label. 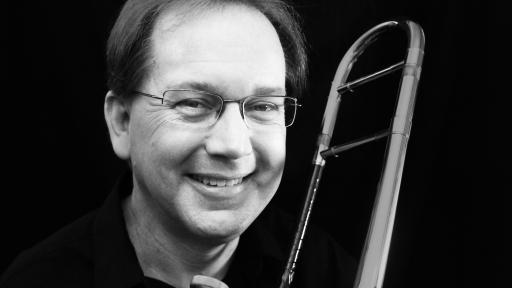