As times of uncertainty have continued to take society by storm, North Central College has stayed current within the media landscape. From national media placements on criminology and the history of Bitcoin, to living among the COVID-19 pandemic and what’s happening in politics, the College’s subject-matter experts have been able to provide the public with knowledge they need on everyday issues.

Last month, in the span of 48 hours, two black men in U.S. cities hundreds of miles apart were shot by police in episodes that set off a national conversation about the need for officers to open fire on people walking away from them. Laws governing the use of deadly force differ from state to state, and past shootings of people who were fleeing from officers have played out differently across the country.

The Jacob Blake shooting in Kenosha, Wisconsin, and the killing of Trayford Pellerin in Lafayette, Louisiana, two days earlier have thrust into the spotlight a complex and long-running legal issue that has on several occasions gone all the way to the U.S. Supreme Court. The shootings come less than three months after almost daily clashes between police and protesters in response to the death of George Floyd after a Minnesota officer knelt on his neck for several minutes.

Dr. Raleigh Blasdell, assistant professor of sociology and criminologist at North Central College, was quoted by the Associated Press on this topic, specifically addressing vague terminology that has been written into law.

“Wisconsin law provides officers with a defense to criminal charges if a shooting is ‘a reasonable accomplishment of a lawful arrest,’” said Blasdell. “The state's vague law essentially allows officers to use any and all force to accomplish a lawful arrest.”

Bitcoin has taken investors and the world for quite the ride. In just over a decade, it's spiked and crashed and rallied and fallen again. Some would say Bitcoin's raucous journey has paved the way for the thousands of other cryptocurrencies used for financial and investing activities today.

Dr. Chetan Chawla, assistant professor of entrepreneurship at North Central College, was quoted in U.S. News & World Report on this topic, specifically addressing how this cryptocurrency got its start.

"The idea behind Bitcoin was introduced to the world on Oct. 31, 2008, at the depth of the financial crisis by a pseudonymous person called Satoshi Nakamoto," says Chawla. "For the first few months of its existence, it was obtainable only by miners validating the Bitcoin blockchain."

Students at colleges and universities across the country live and study among a global pandemic. While some institutions are just starting to see results of rapid testing on campus, others are struggling to keep their social distancing guidelines afloat. College students who test positive for the coronavirus should quarantine on campus and not be sent to their hometowns, according to one of the country’s leading infectious disease experts.

Dr. Marci J. Swede, dean of the College of Education and Health Sciences at North Central, spoke with NBC 5 Chicago reporter Chris Coffey about the College’s COVID-19 protocols and positivity rate. “We are beyond impressed with our students,” said Swede. “Everywhere you look, you see students wearing their face coverings and socially distancing in an appropriate way.” 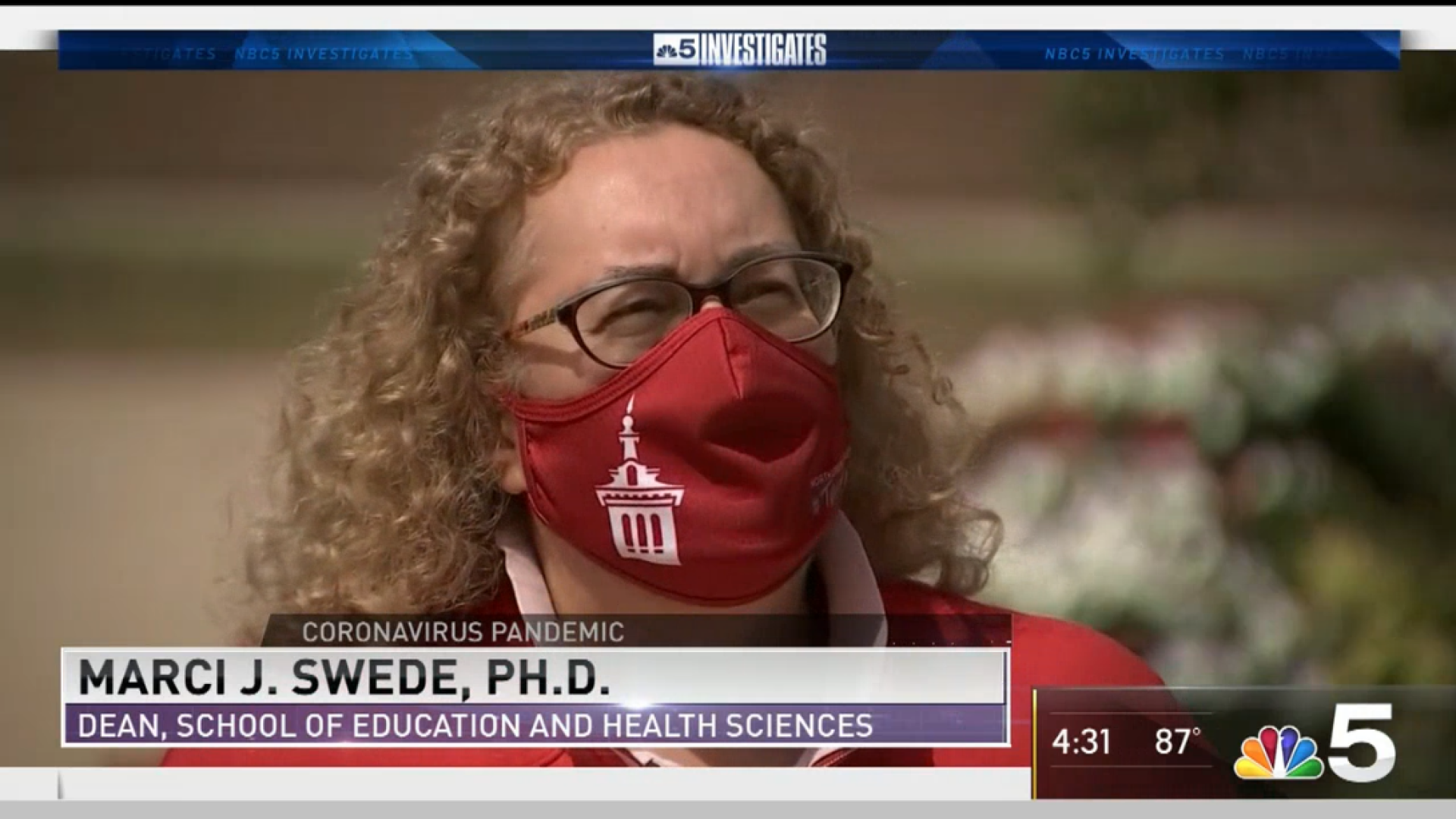 North Central College has launched a weekly surveillance testing process for students, faculty and staff members as part of its ongoing strategy to mitigate the spread of the coronavirus on campus. Members of the College community are being selected at random for the testing, in which about 5 percent of the general campus population and 10 percent of students living in residence halls are tested. Individuals selected for the surveillance testing are notified via email and asked to choose a 15-minute time slot on their designated testing day.

Dr. Kimberly Sluis, vice president of student affairs and strategic initiatives at North Central College, interviewed with the Daily Herald on this topic, where she discussed how these safety protocols are going thus far.

“The process is 'off to a great start' and will continue through the fall semester,” said Sluis. “Our goal from the beginning has been that we will support a community where individuals hold each other accountable for healthy behavior. That strategy is working well. However, we have also been clear that individuals who put the community at risk will be held accountable."

Chod weighs in on Ginsburg’s death on WGN News

Dr. Suzanne Chod, associate professor of political science at North Central College, interviewed on WGN News, where she discussed the major political controversy in Washington just six weeks before the presidential election. Additionally, she spoke to how so many women and young girls idolized Justice Ginsburg, especially women in careers that were mostly taken by men.

“We mourn with them [members of Justice Ginsburg’s family],” said Chod. “She has been one person who has been over my shoulder my entire career and life and my daughters’ life as well. Like many of us, I am heartbroken at the loss and incredibly motivated to fulfill her life and legacy in my classroom every day, with my daughters every day, and I think we should all do the same. All she ever wanted was for a more fair and just country, one that lived up to that promises put into the constitution and she fought her entire life for that—on and off the Court.”

A popular theme throughout the Republican National Convention was law and order, and ahead of President Donald Trump’s speech on Thursday, Aug. 27, it was expected he would address the situation in Kenosha, Wis. as part of his convention-closing speech.

Dr. Stephen Maynard Caliendo, dean of the College of Arts and Sciences and political science professor at North Central College, interviewed with ABC 7 Chicago on what viewers could expect from that closing speech.

Throughout the week Republicans had repeatedly spoke to the law-and-order message as they praised police and decried the rioting and looking that has plagued Chicago, Kenosha and other cities—while avoiding addressing the underlying issues.

“The social unrest and the important racial recognition that we’re having has gone largely unaddressed at the Republican National Convention and I don’t know how that can continue,” said Dr. Caliendo.

Muck talks about Democratic and Republican Conventions on WGN News

Dr. William Muck, associate professor of political science at North Central College, interviewed with WGN News Chicago to discuss the impact these events might have on voters, while providing a recap on the events themselves.

“Most of the country has made up their minds,” said Muck. “So, for both conventions, they’re really trying to appeal to the moderates who haven’t made up their minds and at the same time excite the base. They want to get the those who you know will go out and vote and do what they can to get them to the polls. So, it’s really about motivation.”